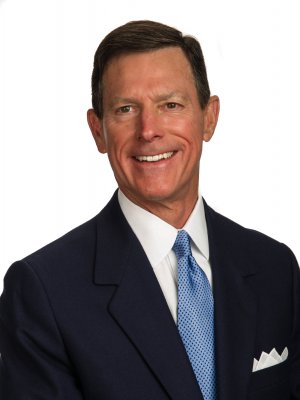 Don is a veteran of more than 30 years in the financial advisory industry and a former tax accountant and attorney. Prior to forming Graeter Wealth Advisors in partnership with his sons, Don enjoyed a highly successful career in the financial services industry.  For nearly 30 years, he served as a senior executive and leading financial consultant at Hilliard Lyons. A Senior Vice President, the highest position Hilliard bestows on its consultants, and a member of the firm’s Management Committee, Don was one of the firm’s larger shareholders at the time of its sale to PNC Financial in 1998.

Before becoming a full time consultant, Don headed Hilliard’s financial planning department. He also served as head of business development for its trust company for five years, during which time its managed assets grew from $800 million to over $3 billion.

Don earned his B.S. degree in Accounting from the University of Kentucky and was awarded the Sullivan Medallion as the outstanding male graduate in his class. Upon graduation, he joined the public accounting firm of Ernst and Young and passed the CPA exam before serving as a U.S. Navy officer during the Vietnam War.

After his military service, Don attended the University of Virginia Law School where he earned election to the Order of the Coif for academic standing in the top 10% of his graduating class. He practiced law as a tax attorney with Kentucky’s largest law firm before joining Hilliard Lyons in 1979.

Don became a graduate of the Securities Industry Institute at the University of Pennsylvania’s Wharton Business School in 1998.

Don has served as an instructor of taxation and accounting at the collegiate level at the University of Virginia and at the graduate level in Bellarmine University’s MBA program. A published author of articles pertaining to investments and taxation, he has served as an expert court witness regarding these topics in both state and federal court.

Long active in civic endeavors, Don has served as an officer and board member of The Children’s Hospital Foundation, Alliant Health System, St. Matthews Little League Baseball, Seven Counties Services, the UK Alumni Association and Kentucky Education Television. A long time history buff, he is a member of the Sons of the American Revolution and, since 2011, has taught courses on the life and times of former British Prime Minister Winston Churchill in Bellarmine University’s Veritas program.

Don and the former Diane Lynch of Louisville have been married since 1968. Diane is a UK graduate and a former teacher. She recently received an award for her successful ten year effort to reorganize the local court system to better protect victims of domestic violence. She and Don enjoy traveling and spending time with their two sons and daughters in law and five grandchildren.

Drew Graeter is a veteran of more than 15 years as a financial consultant and has received multiple awards for his professional achievements. Prior to founding Graeter Wealth Advisors in partnership with his father and brother, he served as corporate Vice President for Central Bank’s financial consulting team in the Louisville market.

Drew began his career with the Louisville investment firm of Hilliard Lyons in 2000. He developed his business in the face of the bursting of the stock market “tech bubble,” the terrorist attacks of September 11, and what was, until then, the worst bear market since the Great Depression.

Despite the times, Drew consistently ranked #1 or #2 on the Hilliard “Rookie Honor Roll.” This designation honored the firm’s top consultants among those with five or fewer years in the business.

A native of Louisville, Drew attended Kentucky Country Day for 10 years before graduating from Ballard High School, where he was an All-Region baseball player and a varsity basketball letterman. He attended Murray State University on a baseball scholarship and earned his degree in economics. He was also a member of Sigma Chi fraternity.

Drew and his wife, the former Heather Hodge, reside in the Prospect area of Louisville where Drew is a past president of the Fox Harbor Neighborhood Association. Heather is a native of Hickman, Kentucky, a former Miss Fulton County and is also a graduate of Murray State.

Drew and Heather have two children.  Their daughter, Abrie, was born in 2007 and their son, Drake, was born in 2008. The family also includes “Clemmie,” a chocolate Labrador retriever.  Drew is an actively involved coach of youth baseball and basketball. 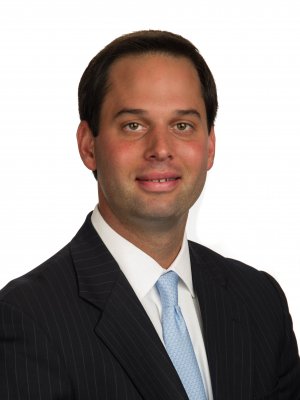 Spencer Graeter is a veteran of more than 10 years in the financial services industry.  Prior to forming Graeter Wealth Advisors in partnership with his father and brother, he was a member of Central Bank’s financial consulting team for the Louisville market team and was also responsible for its northern Kentucky market.

Spencer began his business career at Louisville’s Republic Bank. At Republic, he was selected for the bank’s “fast track” management training program. Following training, he moved to northern Kentucky when he was appointed co-head of the bank’s effort to develop that market.

A native of Louisville, Spencer is a graduate of Ballard High School. At Ballard, he was a First Team Academic All Stater in the Honors Program and a member of the Fellowship of Christian Athletes. A four year varsity letterman in both baseball and basketball, he was team captain in both sports. Both teams ranked in the top ten in the nation his senior season.

Spencer was the point guard of Ballard’s 1999 state championship basketball team and the shortstop of its 2000 state runner-up baseball team. He was named to various all tournament teams in both sports and was named the 2000 Kentucky “Mr. Baseball” as the state’s most outstanding player.

Spencer attended the University of Kentucky on a baseball scholarship, receiving his degree in business and earning multiple selections to the Dean’s List. He was captain of the baseball team, an all SEC player and ranks fourth on UK’s all-time career hit list.

After graduation, Spencer married his college sweetheart, Teal Baxter of Ft. Mitchell, KY. Teal is also a UK graduate.  Spencer and Teal reside in the St. Matthews area of Louisville with their three children, Jackson, born 2006, Gracie, born 2008 and Wyatt, born 2009.  Spencer is an actively involved coach of youth baseball and basketball.

Spencer and Teal are former members of the Louisville chapter of the UK Alumni Association and the Young Adults Group of St. Francis in the Fields Episcopal Church.